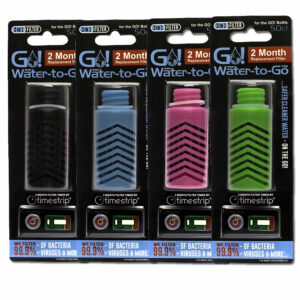 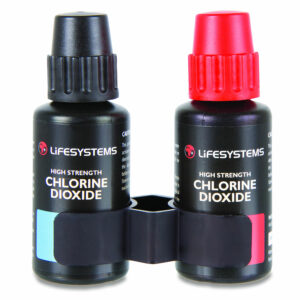 Pyramid's Biox Aqua drops offer a safe and effective way to disinfect water from a range of sources, making it safe to drink! The treatment contains Chlorine Dioxide and is effective against harmful bacteria and viruses found in contaminated water when travelling, including Cryptosporidium and Giardia.The pack contains 2 x 30ml bottles, a treatment and an activator, which combine to create a powerful and extremely effective method of purifying water when travelling, whether it's from a tap, well or river.

Unlike Chlorine and Iodine water treatments, Biox does not react with contaminants in water that form hazardous chlorinated by-products. It's also much easier to use compared to tablets, and won't leave any unpleasant residue behind. Once you've treated your water with Biox Aqua drops, it will remain safe to drink for up to 24 hours! Also available in water treatment tablets.

How to use Pyramid Biox Aqua Drops:
Biox Aqua must be premixed with the activator before adding to water. Remove caps from both bottles and add 12 drops of each liquid into one of the caps. Leave the mixture to react for 10 minutes, it will turn yellow as the Chlorine Dioxide starts to react. Fill a container with 1 litre of water and ensure any particles and debris have been sifted out, then tip the contents of the cap into the water. Leave the water to stand for 10 minutes. When the water is very cold, cloudy or heavy contamination is likely, leave it to stand for 30 minutes before drinking.