The imagery of a sleeper train rattling its way through the night, past unseen landscapes cloaked in darkness is such a romantic one it has been used as the setting and backdrop for many an iconic movie (some of them a little scary admittedly). Throw into the mix a location with the exoticness of Indo-China (that’s South East Asia to you and me) and a small dollop of the anticipation many of us feel anyway when we board a train and you have all the ingredients for a journey of a lifetime.

The reality of the South East Asian sleeper train experience sometimes falls a little short of this dreamy imagery and sometimes so wide of the mark you’ll find your (very sleepy) self disembarking with a solemn promise to never put yourself through that again. However there is a flip side; some of the most memorable moments of travel can be those spent rocking on board a sleeper train. All kinds of adventures can unfold and friendships are commonly formed as you sashay along the rails, all through the night.

There is good and bad; hopefully this little guide will help you pick wisely or at least know what your options are. 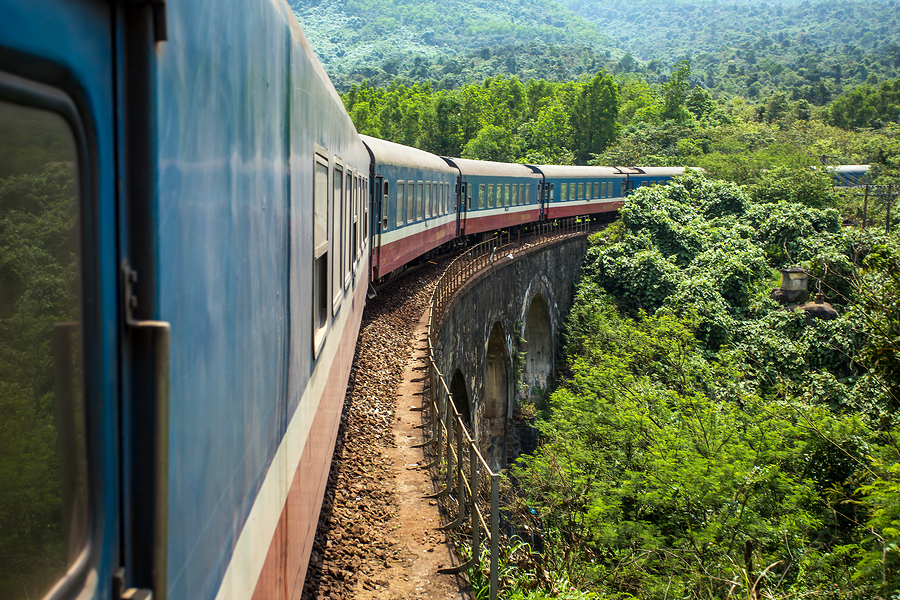 Some long distance and overnight train journeys are the destination in themselves but the sleepers in SE Asia, although often a great experience and invariably scenic, tend to be used typically as a means to an end. Some of the distances to be covered from A to B are pretty epic – the journey from Bangkok to Thailand’s northern city of Chiang Mai for example – and night trains are an easy and usually more comfortable way of making the journey and covering the miles.

Of the South East Asian countries Thailand has the most route options for sleeper trains but they can also be found in Vietnam, Malaysia, Myanmar (Burma) and there’s a link to Singapore. Laos has only one inter-country route from Vientiene to Bangkok (or reversed); both the Philippines and Indonesia have trains but not of the sleeper variety and Cambodia has no trains at all of any kind. There are also various options for travelling from one country to another on sleepers beside the Thailand to Laos route mentioned above.

The sleeper train experience differs somewhat from country to country and even sometimes within the same country depending on whether your choice of route and time has landed you a less decrepit and aged carriage or whether you’ve drawn the oldest wagon still rolling. This aside there are also a few things which seem to be common ground for most if not all of them.

Typically speaking you will find the following;

Below is a country by country breakdown which shows you what options are available and what each of those options gives you.

Taking the sleepers in Thailand is fun fun fun and a very real chance to immerse yourself in something typically Thai. Generally speaking these trains are comfortable and safe no matter which of the two possible classes you opt for. The main difference between classes is that first class cabins are private, second class bunks are set either side of the main central aisle of the train. Bedding is supplied for both classes of ticket as is the steward service which takes your food and drink order and then delivers it to you if you don’t want to go to the restaurant car. This meal service is not available on all sleeper trains and be warned – it will cost extra and you’ll often get less choice than if you go to order and collect the food yourself. Individual reading lights are common to all beds no matter what class.

Don’t worry about oversleeping on Thai trains. When you show your ticket on boarding, your destination will have been noted and you’ll get a wake-up call from the guard as you approach your final stop. Otherwise, bunks tend to get turned back into seats early – sometimes a little too early.

Unlike tickets for Thai buses which can be bought minutes before departure, sleeper trains tend to get booked up and first class tickets often sell out weeks ahead. If you want to travel by sleeper train you might need to think at least a few days ahead.

Second Class Sleepers – Open plan bunks set along the train’s aisle, each with a privacy curtain.

Tatty and grubby in varying forms which range from charmingly shabby to totally yucky are what you’ll typically find with the Vietnamese sleeper trains. The age of the car you’ve bagged will more than anything dictate the kind of experience you are likely to have here. Aside from the posh (and expensive) Livitrans option there are only the ‘hard’ and ‘soft’ sleeper choices and if you land a nice new hard sleeper car it can actually be superior to an ancient soft sleeper one.

Facilities for both of these are exactly the same except the hard sleepers have less head space for sitting up in bed.

Note – as previously discussed, should you land a very old stock car you may be missing any or all of the above and even where present – such as with locks on doors – they might not work.

Privately run and operated only between Hanoi, Hué & Danang, a Livitrans ticket includes noodles and water.

As with most of the sleepers found elsewhere, standards of quality, décor and state of repair vary enormously. Myanmar offers two types of sleeper – ‘standard’ and ‘special’ – which typically differ more in the routes they run rather than the standards offered. Both provide bedding, locked compartments (in theory) and ceiling fans.

There is often just one sleeping car attached to each train so bagging yourself a bed might prove tricky unless you’ve planned in advance.

Standard Sleeper – by far the most commonly found sleeper train, these four 4-berth and two 2-berth compartments allow access to the rest of the train which include the Western style toilets and wash basins found at the end of the corridors. Each have upper and lower bunk configurations.

This particular sleeper line in its entirety would allow you to travel all the way from Bangkok in Thailand, through Malaysia and on to Singapore if you wanted. You have a choice of second class, first class, premier and the ‘International Express’. Bedding is provided on all ticket types and Western toilets are placed at the ends of corridors for both public and private berths.

Second class/’Standard Night’ – These are the open plan, along a central aisle type of upper and lower bunks as found on the Thai trains.

Premier/’Night Deluxe’ – Private cabins with one or two berths.

The International Express – Second class air-con train on the Butterworth to Bangkok route only.

A Few Things to Bear in Mind…

Sleeper train travel is a bit of a lottery – your friend could travel a route one day, you the very next and you could have very different experiences depending on the state and age of the car you’re in. This is why you will hear wildly conflicting accounts of night train travel which range from love affairs to descriptions of hell on earth. But you’ll never know until you try it. Aren’t you curious?