With South American destinations such as Brazil, Peru and Argentina on many gap year traveller’s itinerary’s, it can be easy to forget their sister to the north west of the continent, Colombia. Often overlooked in favour of the aforementioned countries, Colombia’s diversity and culture is not to be missed, with fascinating archaeological sites, tropical rainforests and arguably the worlds best cup of coffee!

This is possibly the first question that will pop into your head when you’re considering travelling to Colombia, and due to the drug culture and high crime rates throughout the country, it’s a valid question. However, Colombia has cleaned up it’s act a lot in recent years and improved security, which has seen backpackers heading to South America considering adding it to their travel itinerary.

As with many travel destinations, crimes including muggings and pickpocketing are common in cities such as Bogota, Santa Marta & Medellin, so taking precautions, such as storing valuables and cash inside a hidden wallet or under clothes money belt can go some way to keeping you safer when you’re out exploring. Don’t flash your cash or expensive watches and jewellery around, as this will make you a prime target for street crimes, and in some cases the assailant may use violence. 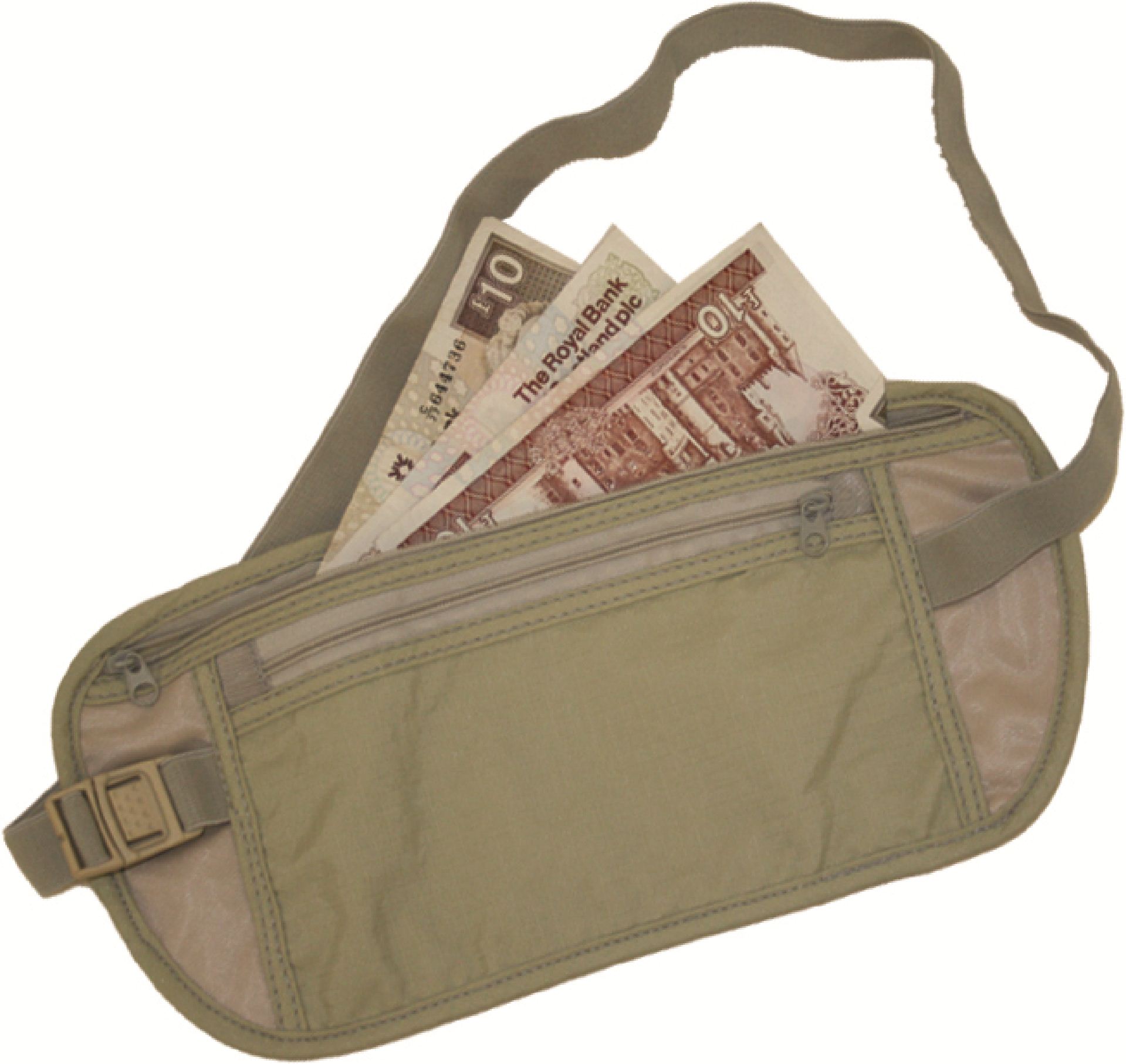 If you find yourself in a situation where somebody is attempting to take your belongings from you, it is best not to resist, just hand over whatever they are trying to take. A couple of Colombian Peso and a mobile phone certainly aren’t worth risking your life for! To avoid getting completely cleaned out, keep some money back at the hostel in a security deposit box, locker or travel safe and only take enough money with you to get you through the day.

There is also a risk to your safety from groups such as the Revolutionary Armed Forces of Colombia (FARC) , who have been known to carry out attacks on public transport and government buildings. The Foreign & Commonwealth Office provides regular updates on security and safety issues throughout the country and will advise against travel to particular areas, so it’s always worth doing plenty of research before travelling to Colombia. No travel destination is 100% safe, but with Colombia’s reputation, it is wise to follow the tips we’ve mentioned here, exercise caution and make sure you plan your trip well to ensure you’re as safe as possible.

Travellers do not require a visa in order to enter the country and can stay for up to 90 days without one. After this period has elapsed, you can apply to extend your stay up to 120 days by visiting the immigration office, but you cannot stay in the country for more than 180 days within a 12 month period. Hopefully this won’t be too much of an issue for travellers who are touring around South America, as Colombia may only be a month or two out of your gap year.

Before travelling to Colombia, you will need to ensure that you have taken the necessary health precautions, including getting relevant travel vaccinations before departure. Due to the risk of consuming contaminated food and water, the Hepatitis A vaccine is recommended and the high risk of Yellow Fever in many parts of the country make a Yellow Fever vaccination necessary for travellers visiting affected areas.

Many parts of Colombia carry a high Malaria risk, so ensure that you bring plenty of high strength mosquito repellent with you and discuss anti-malarial medication with your GP several months before departure, as many anti-malarial medication needs to be taken weeks before you travel. Your GP will be able to advise which medication is the most suitable option for you and explain how the tablets should be taken, as each type can differ.

There are parts of the country which pose a low risk of contracting Malaria, so research which areas you plan on visiting, as you may not require anti-malarial tablets for your destination. Fit for Travel have some great information on the Malaria risk in Columbia as well as vaccinations and general health advice.

You will also need to bear in mind that some mosquitoes carry Dengue Fever, which there is unfortunately no vaccine for at present, the best defence against this disease is to wear a high strength mosquito repellent and sleep under a mosquito net. You can find more tips on avoiding mosquito bites in our blog post on mosquito defence.

As with many other countries, stomach upsets and vomiting can be a problem for people visiting Colombia. You can try and avoid traveller’s diarrhoea by only drinking bottled or water that you have treated, keeping your hands clean by carrying hand gel in your daypack or pocket, only eating food which is piping hot and avoiding salads and vegetables which may have been washed in untreated water.

Just in case you do fall victim to traveller’s diarrhoea, make sure you have some diarrhoea relief capsules and oral rehydration salts to help get you back on your feet.

The climate in Colombia is mainly tropical, which means you will need to remain hydrated and take care of your skin by using a good quality sun cream with a high SPF, UVA & UVB filters.

In April 2014, a British student tragically died whilst taking part in a tribal ritual in Colombia, in which he drank a plant infusion called Yage (Ayahuasca). Yage is known for it’s hallucinogenic effects that are said to be more severe than those produced by Magic Mushrooms, Ketamine & LSD. We recommend avoiding such rituals and drugs during your trip, as not only can they be a serious risk to your health, but they can also make you more vulnerable to muggings and other crimes as your sense of awareness is impaired.

You should also know your limits when it comes to drinking alcohol, although it can be easy to get carried away when you’re having fun with your new friends. Drinking in excess is not only bad for your body and your poor old liver, but again, this impairs judgement and awareness, making you a prime target for theft and other crimes. 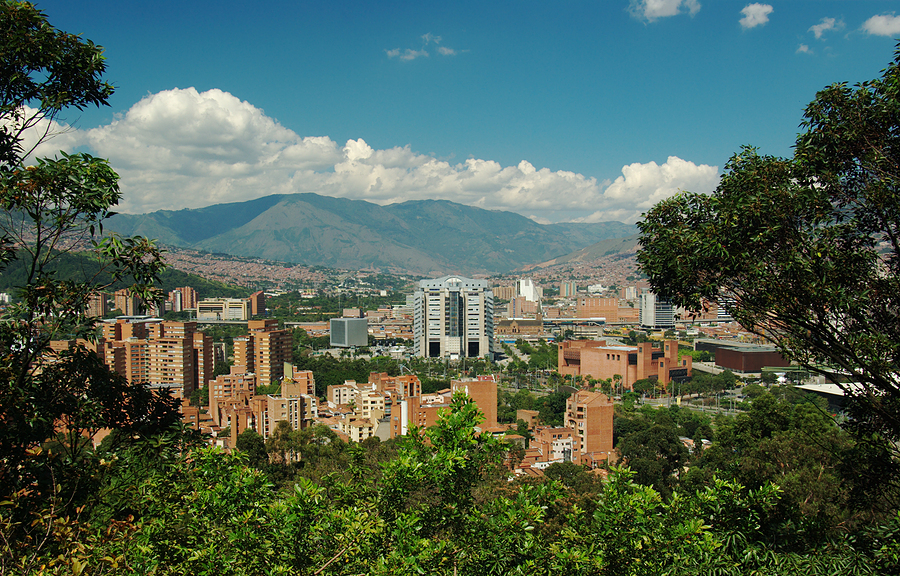 Now we’ve got the serious stuff out of the way, we thought we’d give you a few ideas of what you can do during your time in Colombia…

1) Museo Del Oro (Gold Museum) – Based in Bogota, the countries capital, the gold museum exhibits the world’s biggest collection of pre-Hispanic gold works. It is also home to the Muisca’s golden raft figure, which represents the ceremony of the legend of El Dorado and contains over 55,000 golden artefacts from pre-Hispanic cultures.

2) Laguna de Guatavita – Another attraction based in Bogota, which is said to be where the legend of El Dorado originates from.

3) Trek to Teyuna – Teyuna has been named the ‘lost city’, as well as the ‘new Machu Picchu’. This ancient city can be found in Sierra Nevada and there are a number of organised tours to Teyuna, which is around a 44km length trek.

5) Have a cuppa! – Colombia is one of the most famous exporters of coffee in the world, which means you cannot visit without sitting down and enjoying a cup (or two) of Colombian coffee!

These are just a few of the many activities you can take part in during your time in Colombia, which make it a great addition to your South America itinerary.

RachelRachel worked for the Gap Year Travel Store for 9 years as one of our buying team and so has a wide knowledge of travel gear. She has travelled in Europe and Southeast Asia, but her dream destination would be South America to experience Carnival in Rio, unleash her inner Attenborough in the Galapagos and sip on Colombian coffee in colonial Cartagena.
Posted in:
Destinations, Travel Tips
Tagged:
colombia, south america, travel safety, travel tips
Previous article
What to Pack for Interrailing in Europe
Next article
Gift Ideas for Travellers