For many destinations mosquito repellent is an important piece of your kit. Repellents can stop the irritation of bites and stings but more importantly it can protect you from blood borne diseases such as Malaria. With so many repellents on the market it’s dificult to know which one to choose. The majority contain the chemical deet so we have created this post to provide more information on this anti-mosquito wonder-chemical!

You may never heard of Diethyl-meta-toluamide (deet) but its the main chemical used to deter insects and is in most repellents you buy in the UK. You may have heard stories that its unsafe to use and should be avoided at all costs. Well in summary yes it can cause irritation in people with sensitive skin and shouldn’t be used for extended periods. It is also a good solvent and so can damage certain plastics such as your watch strap! However in terms of danger to your health there have been only 15 cases of toxic illness in the last 30 years. If you put this against the hundreds of thousands of people that use it each week on holiday it sounds rather safe! Read the wiki blog for more information on potential health problems.

What Alternatives are There to Deet?

Over recent years there have been deet alternatives that offer some protection but in general many do not offer the same level. As such the World Health Organisation still recommends deet as one of the best defences against contracting Malaria and other blood borne diseases.  In terms of viable alternatives to deet we would recommend the chemicals Picaridin (used by Careplus)and Icaridin (Ecoguard by Pyramid). Both have had independent tests which show a similar if not better performance to 50% deet based repellent.

There is nothing worse than being caught running out of repellent as then you’ll definitely get bitten! Before choosing a size think how much you’ll need to use it. In Europe you may only need a little bit in the evenings whereas in Asia you may need to apply it throughout the day and night. You only apply it to exposed skin so will you be heading to a destination that you would wear shorts/skirt or fleece/hoodies? For occasional application throughout the day we would recommend a 50-60ml bottle per week and for constant application a 100-120ml per week per person. The stronger the concentration of deet the longer a single application will provide protection for. Check each particular product for advice on how long it will stay active on your skin for.

What Type of Applicator?

Insect repellent comes in a variety of applicators including sprays, aerosols, rolls ons, lotions and liquids. We would personally avoid aerosols as much of the repellent can end up around you than on you. Roll ons and lotions are good for the skin and sprays are probably the most universal as you can also easily spray onto clothes as well as skin. You can also buy bands which are impregnated with deet. These are great for people with sensitive skin or for children. However we would always recommend physical application wherever possible.

The next thing to think about is how much deet you need in your repellent. In general repellents come in three different strengths: 25%, 50% and 100%. For keeping away the odd insect in Europe or the UK we would recommend a 25%. For high risk malaria areas and places where there are lots of insects use a 50% deet based formula. We also sell 100% deet for extreme protection but its’s worth noting that it doesn’t offer much more protection than 50% and is harder to apply as deet in it’s neat form is quite oily. Look out for Lifesystems Expedition Plus range which combines deet with natural based inhibitors which deters insects which do manage to land on your skin. 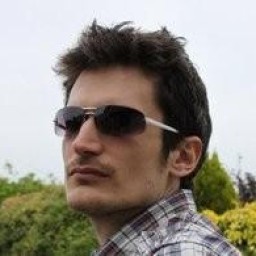 ChrisAfter taking a gap year in New Zealand, Chris got the travel bug and has spent lots of time travelling through Australasia and Europe. With 17 years at the company he has lots of gear experience to boot!
Posted in:
Gear & Health Advice
Tagged:
health, mosquito defence, mosquitoes
Previous article
Thailand – a Real Guide to the Culture
Next article
Lowdown on Tropical Diseases & Mosquito Defence