Travellers’ Diarrhoea is one of the most common illnesses picked up by travellers all over the world, and it is said to be experienced by up to a half of European travellers who spend a fortnight or more in developing parts of the world. While it doesn’t usually pose a serious threat to your health, it is very unpleasant and can ruin your holiday.

Where can you contract Travellers’ Diarrhoea?

You can suffer from travellers’ diarrhoea anywhere where hygiene standards are poor, but the risk is higher in some countries than others. High-risk regions include Asia and Africa and parts of Latin America and the Middle East. Medium-risk areas include eastern Europe, Russia, southern Africa and some Caribbean islands.  Low-risk areas include northern and western Europe, Canada, Australia, New Zealand, Japan and the USA.

The illness usually comes on quickly and is characterised by frequent, unformed bowel movements, often with stomach cramps, bloating, fever, nausea and vomiting.

How do you get Travellers’ Diarrhoea?

Travellers’ Diarrhoea is usually caused by consuming food or water contaminated with faeces. This usually happens when someone goes to the toilet and does not wash their hands before handling food that is then eaten by travellers.

How can I avoid getting Travellers’ Diarrhoea?

There is no vaccine against Travellers’ Diarrhoea, but there are some tips to help prevent it:

What do I do if I get Travellers’ Diarrhoea?

Don’t panic if, despite your best efforts, you still get Travellers’ Diarrhoea. It is generally self-limiting – that is, most people recover without treatment within about 3-5 days.

ñ  Keep yourself hydrated. Drink plenty of clean water. Drink two glasses of fluid every time you go to the toilet, and more if you feel thirsty — even if you’re vomiting. Avoid alcohol and caffeinated drinks. Oral rehydration solutions are available from our store or pharmacies and will help replace salt, glucose and other minerals lots through diarrhoea.

ñ  Avoid diarrhoea relief tablets unless you need to make a long journey. These medications stop you from needing the toilet, but as a result the bacteria is kept inside your body rather than being purged. They can also lead to constipation and shouldn’t be taken for more than a day or two.

ñ  Eat carbohydrates. Once you feel able to eat, choose foods that are high in carbohydrates, such as potatoes, pasta, rice or bread. Eat small portions and avoid fatty or spicy meals. 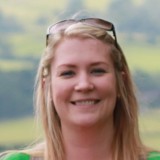 Heather took her gap year in Borneo where she spent time building a scientific research station in the rainforest. After 12 years at the company she has gear tips galore!