There are many countries that tend to spring to mind when you think of gap year destinations, Thailand and Australia for instance, but there are some countries, which for some reason, don’t seem to be on traveller’s radars. In this two part feature, we share our top underrated destinations for gap year travel…

Few backpackers register Taiwan on their travel compass and it rarely features on any gap year circuit but the travel industry cognoscenti are predicting this could soon change. It has a little bit of everything which typically features on the independent traveller’s wish-list including fascinating culture, history, great beaches, bustling colourful cities and as-good-as-it-gets Asian cuisine.

All of this is set among a scenic backdrop dominated by dramatic mountains and verdant forests and peppered liberally with breath-takingly beautiful national parks complete with natural hot-springs.

Factor in its marine tropical climate, the significantly important detail that it is super-safe – even for solo women after dark – and that 30 to 90 day visas are free for Westerners and you might start to wonder why Taiwan has yet to make it onto the destination bucket-list of travellers. 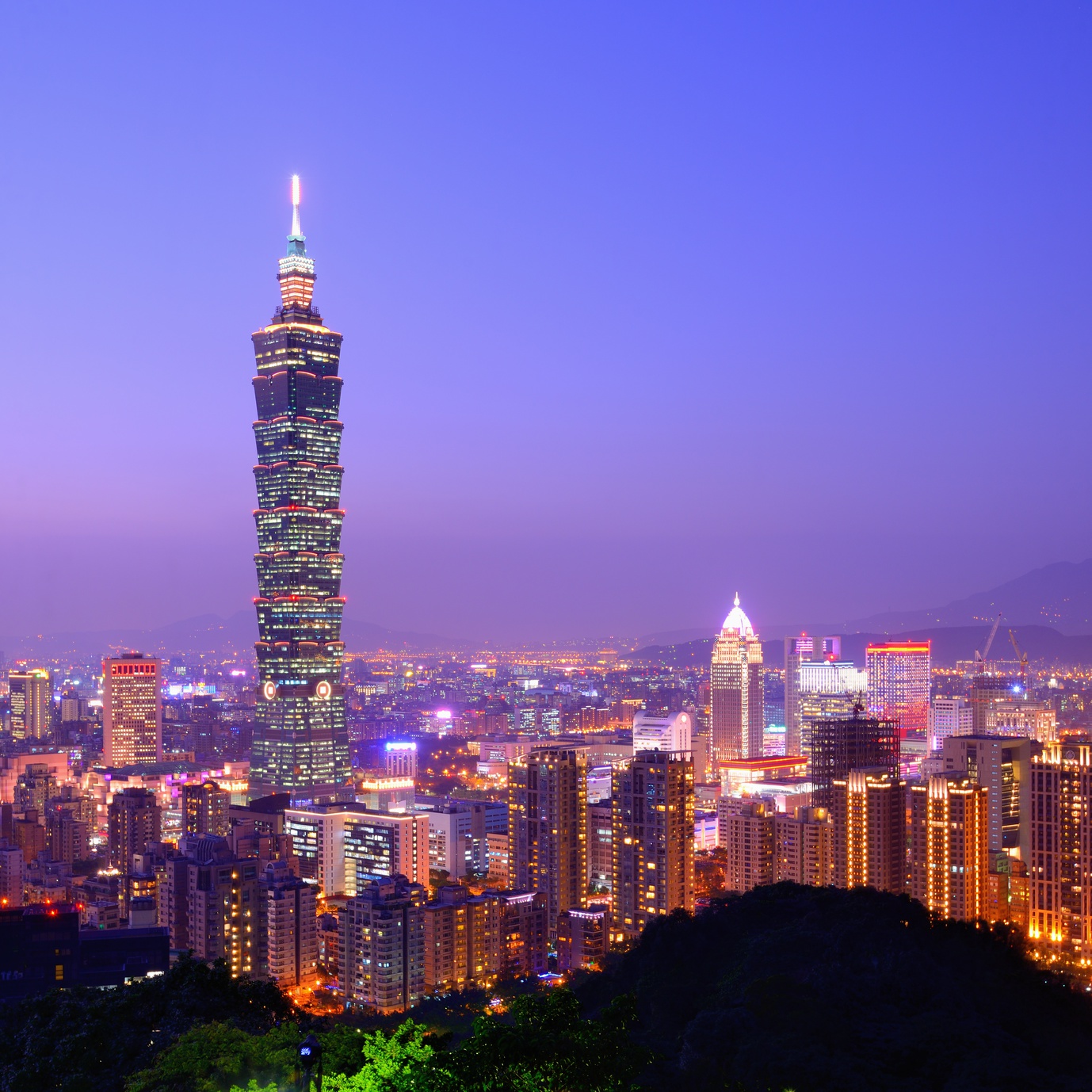 Taipei – the island’s capital – is every bit as bustling, vibrant and fun as you’d expect an Asian city to be and comes complete with the world’s fourth tallest building, museums and temple sites. Ancient and modern mingle here in this capital, represented by the trendy, the neon sign-lit and many designer shops butting up against winding alleys full of lanterns. The city’s many open-air night markets are a wonderfully bewildering conglomeration of smells and sounds, bursting with vendors of every kind and of course leading you into culinary paradise with tons of street food both mysterious and delicious.

In common with many Asian destinations, night markets are found everywhere – not just in Taipei – and open up every night of the week in the larger towns and cities for entertainment, browsing, bargains and eating.

Featuring on the not-to-be-missed list, especially for lovers of hiking, is the stunning Toroko Gorge National Park – possible as a day trip from Taipei – through which snakes the lovely Liwu River and comes complete with soaring marble cliffs and natural stone tunnels.

Taiwan is often a riot of colours thanks to the many exotic flowers which bloom here – each having their own special season. However, the most famous floral spectacle comes courtesy of the thousands upon thousands of cherry blossom trees found all over the island. Visit here between January to April and prepare to have both your visual and olfactory senses filled to bursting.

Most of Central America has long featured on the backpackers’ circuit but oddly enough Mexico, for some totally inexplicable reason, often gets missed completely. This country actually comes under the collective geographical umbrella of North America but don’t let that fool you – it has far more in common with its Latin American neighbours to the south.

There are a thousand and one reasons to include Mexico in your gap year destination itinerary not least of all because it is so huge and has the capacity to keep its visitors fascinated for years, even should you hop from place to place every few days.

The people of this country are incredibly warm towards their visitors, prices are budget-friendly and the food is simply to die for. Expect freshness, more flavours than you knew existed, high quality from even the simplest street food stall and endless diversity because as you move around the country you will discover brand new dishes in every region.

Beaches time and again fall into the tropically idyllic category and scenery, landscape and terrain of almost every kind known on the planet is found here somewhere. You can also factor in a few things you won’t find anywhere else too. Such as the heart-stoppingly beautiful natural pools known as cenotes where you can swim in impossibly blue waters while gazing up at tree roots and stalactites. Or the incredible Cave of the Crystals of the Naica Mine, 300 metres below the earth, packed with some of the most gigantic crystals ever discovered.

Mexico also has a multitude of well-preserved colonial towns and cities, fascinating indigenous cultures, more Mayan pyramids and sites of international archaeological importance than you can count and a way of life seeped in music and dance – both of which you’ll stumble upon everywhere during both daylight hours and after dark. In short – no matter what you are looking for Mexico can deliver. 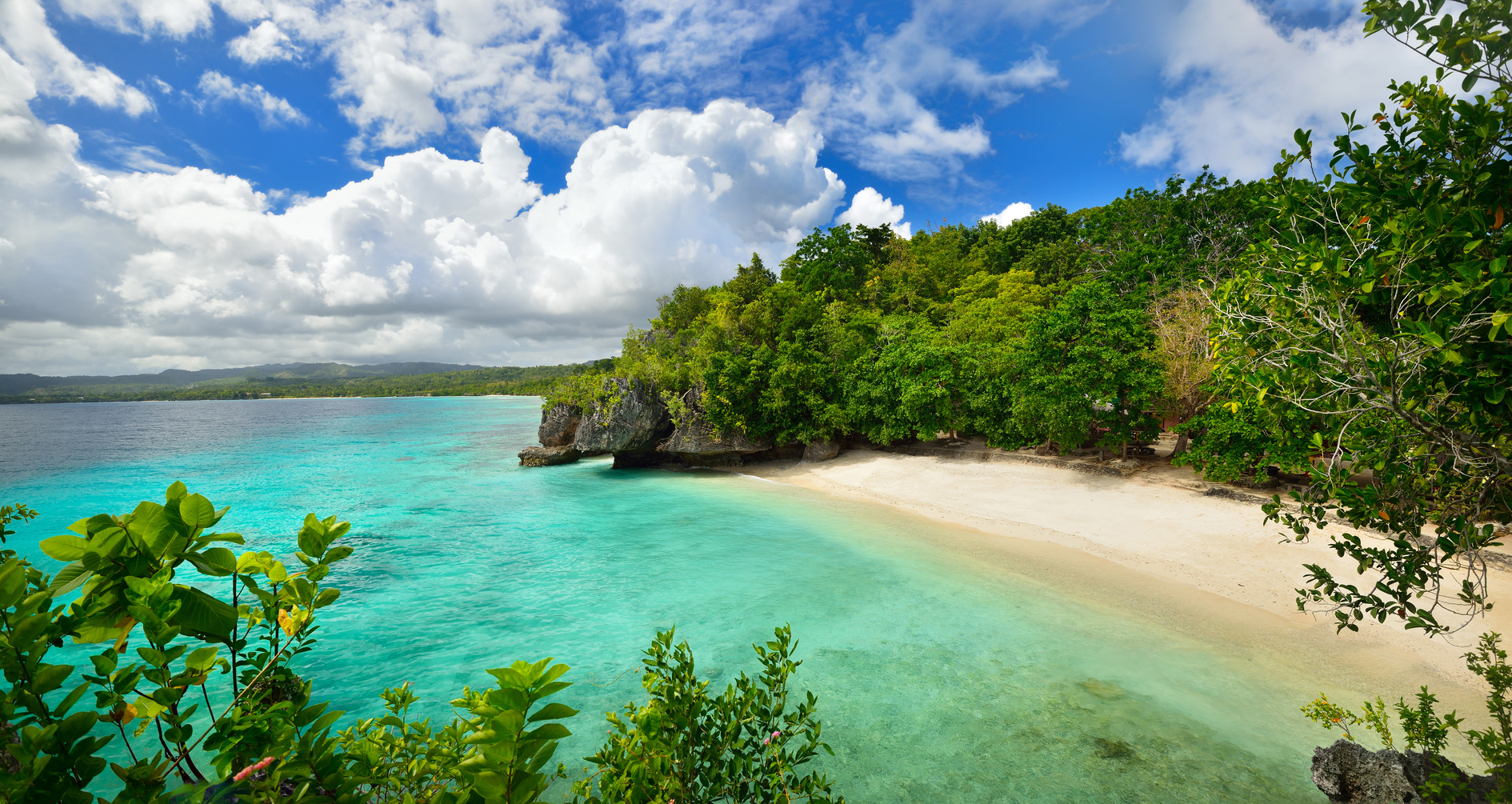 In common with Taiwan, the Philippines are a little removed from the well-trodden South East Asia backpacker routes which mean this country of more than 7000 islands tends to get bypassed. However, if it is natural magnificence you are after, the Philippines are well worth the little extra effort needed to get here.

These islands are home to just under 40 volcanoes, more heart-achingly beautiful beaches than you could laze on in a lifetime and also offer both the opportunity of swimming with whale sharks and diving as good as it gets anywhere on the planet.

Landscapes include the highly picturesque rice terraces of Banaue, the seemingly endless vista of almost symmetrically-perfect conical mounds of the Chocolate Hills of Bohol and the Puerto Princesa Subterranean River National Park. The stunning river here and the bat-inhabited caves it wends its way through have claimed their rightful place on the ‘New 7 Wonders of Nature’ list.

There are still many travellers who give Colombia a wide berth believing it to be riddled with crime and violence. This may well have been true once – and admittedly in the not so distant past – but the situation regarding civil unrest along with the long reign of the hugely powerful drug cartels which gave the country such a bad rep has most decidedly changed. But still, Colombians are so grateful for the steadily growing numbers of tourists here they will even approach travellers to thank them for being in their country at all.

Colombia has many things in its plus column for the gap year taker but more than anything else the country is known for the vibrancy and distinctly different character of each of its large cities. There is Cali – justifiably dubbed ‘salsa capital of the world’; there is vibrantly buzzing but sophisticated Medellin – once the home of the drug lord Pablo Escobar- with its celebrated night-life; beautiful Cartagena is known for its exquisitely preserved old colonial centre; cosmopolitan Bogota – the capital – is known as the culture centre and full of museums, unusual visual arts performances and displays and crammed with bookshops. The smaller settlements, towns and cities present a very different picture again such as sleepy little hill-surrounded Salento which is almost impossibly cute and quaint in a 100% South American way and the colonial and deeply pious ‘White City’ of Popayan which becomes a ghost town every Sunday.

Thanks to the ever varying altitudes of its cities and towns, Colombia offers up a range of climates from equatorial baking hot right down to a few-layers-needed chilly. It also has a vastly varying menu of terrain types, geographical features and ancient historical sites and ruins. It has both a Caribbean and Pacific coast (the only country in South America for which this is true), Andean peaks, Amazonian jungle, volcanoes, coral reefs, coffee plantations, alpine lakes, seemingly endless plains, waterfalls, caves and much more.

An especially fun thing to do is to head to Leticia in Colombia’s deep south. From here you can take an Amazonian trip which lets you collect three countries in one day – Brazil, Ecuador and Colombia. Also not to be missed is exploring the Amacayacu National Park by boat – home to pink river dolphins and islands full of monkeys – while the Los Nevados National Park takes you up into the clouds to trek the volcanoes. Tayrona National Park is full of gorgeous Caribbean beaches but is also the base from which to trek to the evocative jungle surrounded ruins of the Ciudad Perdida – or Lost City – of the pre-Colombian Tayrona Indians.

Beautiful Balkan Albania is another of the countries which until relatively recently was effectively off the traveller’s map due to a self-imposed ‘no-go’ isolation by its communist government. Now governed democratically, Albania regularly features in recommendations from the likes of the ‘Lonely Planet’ and ‘The New York Times’ and visitor numbers have dramatically increased.

There are beautiful (and incredibly clean) turquoise water-lapped beaches in abundance – which include gem-like hidden coves – along both the Adriatic and Ionian coast while those in search of historical significance will find plenty to keep them interested.

Albania presents a fascinatingly rich historical canvas, painted over many centuries by a diverse blend of cultures. In the south you will encounter Turk and Greek influences everywhere while the north of the country offers up a wealth of Illyrian ruins. There are more castles than you can count and Albania claims as its own several UNESCO World Heritage listed sites which include the city of Gjirokaster with its medieval Ottoman Empire reminders, the Illyrian Tombs of Selca e Poshtme, the ancient amphitheatre of Durres, the huge Greek/Roman archaeological site of Butrint and the Ottoman influenced Berat – known as the city of 1001 windows.

Adventure seekers and outdoor-lovers will not be disappointed either as the country serves up a great menu of activities which include sea kayaking, white-water rafting, mountain-biking, paragliding and incredible hiking and trekking. With national parks aplenty and around a third of the country covered with forest, landscapes regularly fall into the spectacular categories. This rich abundance of the naturally wild creates habitats for a wide variety of flora and fauna including wolves, bears, boars and golden eagles.

Albania may be small but it has enough to keep even the most restless traveller going for some time. And should you tire of all its warmth, beauty, history and diversity it is just a short hop across the border to reach Greece and her islands; well known by holiday-makers but otherwise another underrated destination for backpackers.

RachelRachel worked for the Gap Year Travel Store for 9 years as one of our buying team and so has a wide knowledge of travel gear. She has travelled in Europe and Southeast Asia, but her dream destination would be South America to experience Carnival in Rio, unleash her inner Attenborough in the Galapagos and sip on Colombian coffee in colonial Cartagena.
Posted in:
Destinations
Tagged:
albania, colombia, destinations, gap year, mexico, phillipines, taiwan, travel
Previous article
10 Must-Try Foods Around the World
Next article
Underrated Gap Year Destinations: Part 2