Following on from our first post, we share another five underrated gap year destinations, which you may want to consider adding to your travel itinerary… 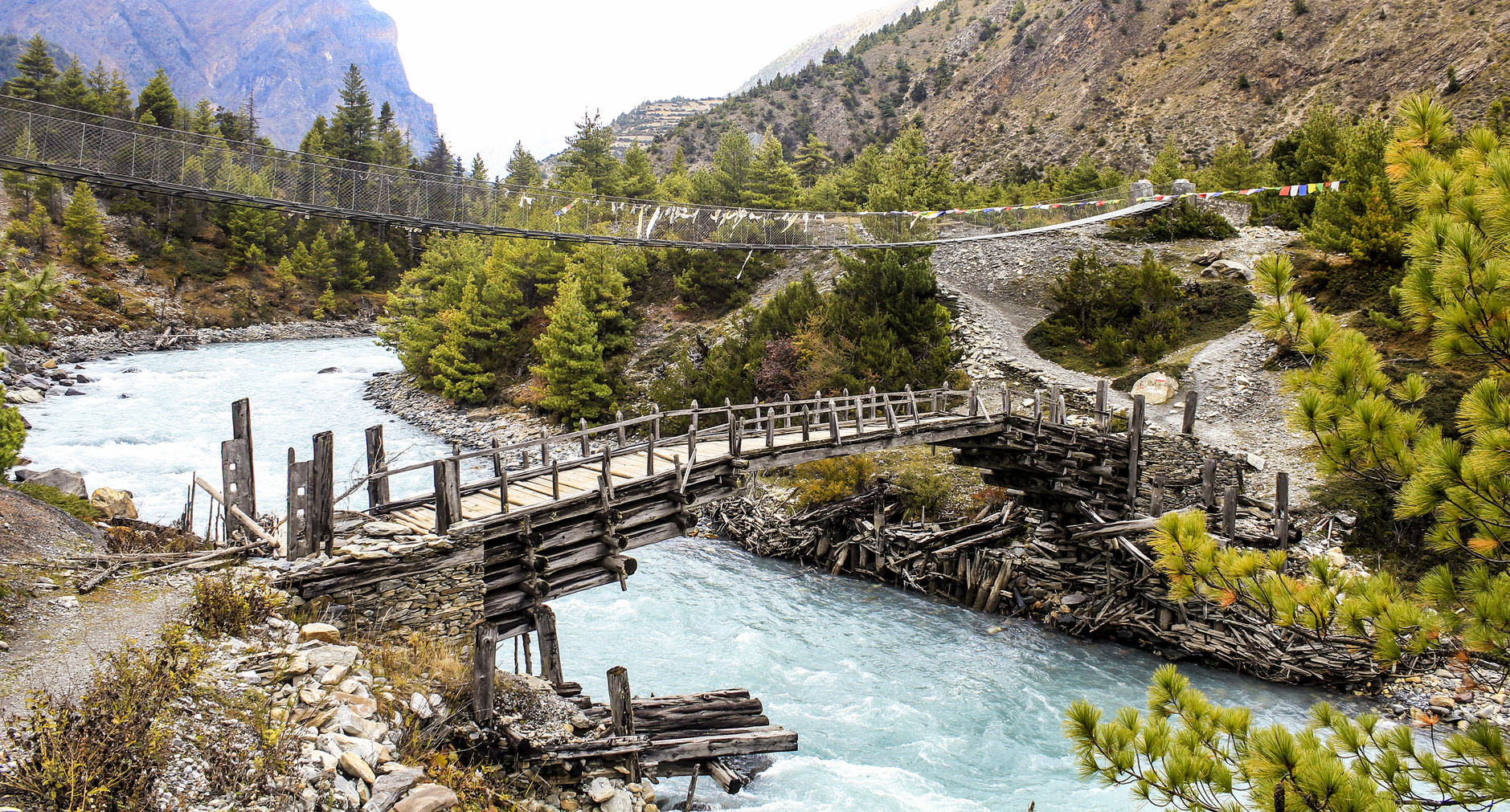 Travellers flock to neighbouring India but Nepal – home to Mount Everest – receives almost none of that same traffic. Billed by travel industry experts as one of the world’s leading up-and-coming destinations, this is the place to come if you want your travel money to go a long way and hiking is high on your agenda; exploring the land on foot really doesn’t get any better than this anywhere on the planet.

Imagine high proportions of breathtaking scenery and landscapes which range from majestic Himalayan peaks – home to snow leopards – to thick jungle where tigers roam. Then throw into the mix a captivating and enchanting culture made up of folk from widely diverse ethnicity speaking many languages and practising a wide variety of religions including shamanism and Buddhism. These people might be found going about their daily lives in ancient cities bursting with Hindu temples, farming vast rice terraces next to their village homes or celebrating noisily at one of the many festivals. It is hard not to be wonderfully captivated by this country at every turn.

Another huge draw in Nepal is the almost bewildering variety of possibilities for yoga, meditation and all kinds of esoteric-themed retreat, particularly around Kathmandu and Pokhara. If you want something a little more adrenalin induced you can opt for white-water rafting or head out to Chitwan or Bardia national parks to get up-close-and-personal with wild rhino.

Must-visit towns include the beautiful wooden-carved and sculpture-decorated buildings of Bhaktapur. This very special place did suffer damage in the devastating 2015 earthquake but still has plenty to enchant the visitor while the hill town destination of Gorkha comes complete with a temple and palace compound.

This is an unusual land – not simply because most of its place names are totally unpronounceable for the non-Nordic tongue. Here the sun never really sets in summer, many inhabitants retain a strong belief in the ‘hidden people’ (think elves or something similar) and the geyser-spouting, volcano-punctuated and glacier-filled landscape often resembles something from another planet. This is also a country where you can watch the eerie and incredibly beautiful Northern Lights dancing and blooming in the winter skies.

Although the prices here prevent long stays for backpackers, several airlines with routes between Europe and the USA offer free stop-overs making Iceland an easy and excellent bonus country to add to your gap year destination list. Even though visitor numbers are low, there are many hostels catering to the budget market and a wealth of tours offering all kinds of opportunities for discovering this geothermal wonderland.

Besides the obvious attractions of active volcanoes and geysers, glaciers, dramatic lava fields, impressive waterfalls and stunning natural hot pools there are a few other activities for those who like to keep busy. These include summertime whale and dolphin watching, white-water rafting in the north, hiking in the national parks, lava-tube underground exploration and glacier hiking in the country’s south-eastern corner.

Iceland’s capital – Reykjavik – is bustling and beautiful with a wide range of cafes, bars, restaurants, waffle/crepe houses and ice-cream parlours and acts as the departure hub for many of the tours. One last bonus – most Icelanders speak excellent English and although the climate might be frosty in winter the welcome you receive will most certainly not be. 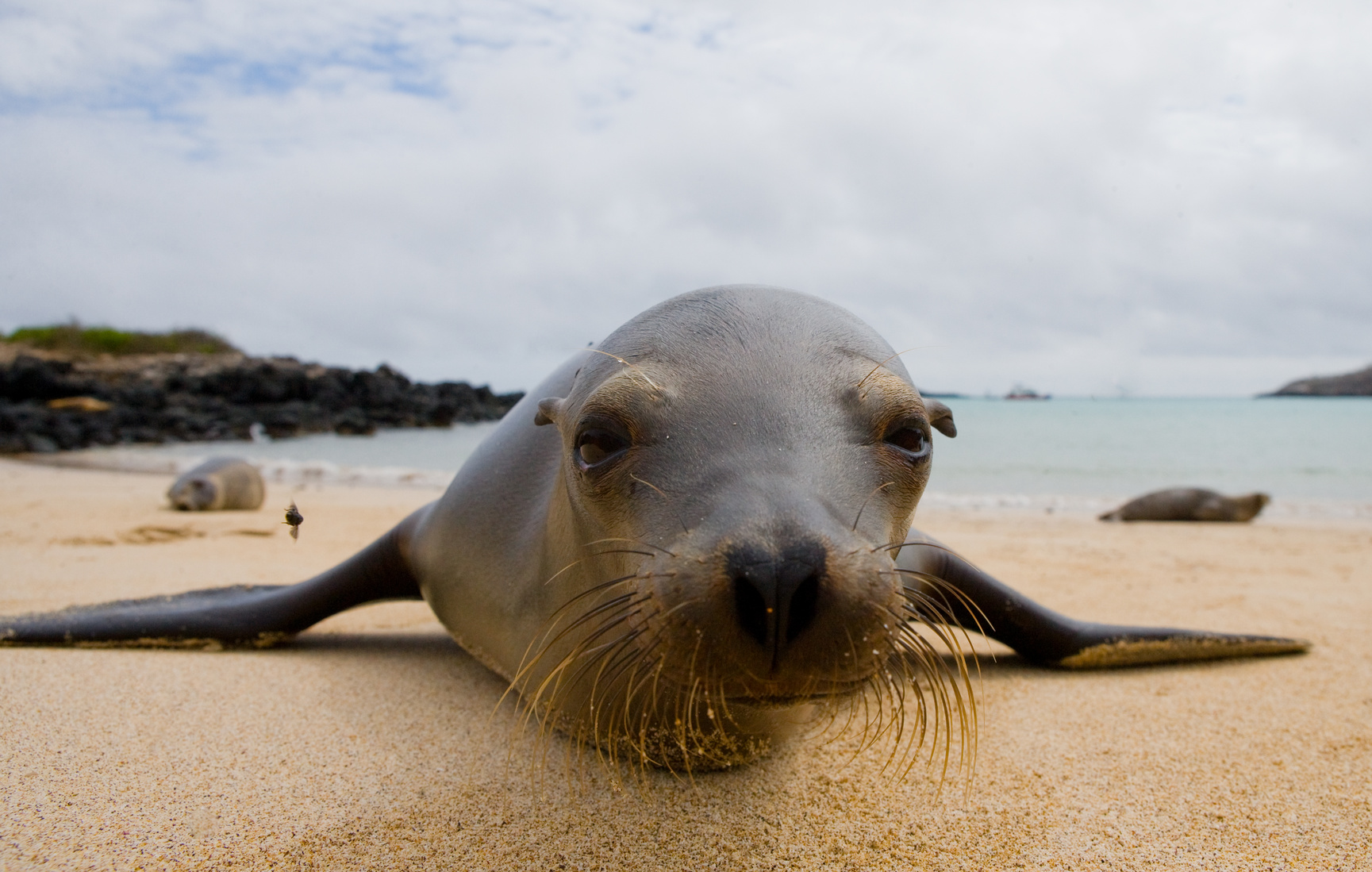 When South America bound, travellers tend to head straight to Ecuador’s more glamorous cousins – Brazil, Peru, Chile and Argentina – with their well established tourist infrastructure and more obvious attractions. Or they will use tiny Ecuador as nothing more than a hopping off point for access to the iconic Galapagos Islands. However, Ecuador may be small by comparison to its neighbours but it somehow manages to encapsulate and represent all things South American within its borders including an incredible range of natural wonders and cultural attractions.

Here you can head off into the Amazon, explore lush cloud forest, top-up the tan on idyllic beaches or travel through a valley surrounded by active volcanoes. Indeed it is the natural splendour of this country’s highly varied terrain which acts as a magnet for the visitor; of course for wildlife lovers the Galapagos Islands are the brightest jewel in this sparkling crown.

Head to the coast for surf and beach towns with a distinctly Afro-Caribbean vibe; turn your steps to the eastern side – or Oriente – for a glimpse into the world of Ecuador’s indigenous cultures or check out the snow-capped Andean interior for wonderful examples of preserved colonial architecture. If this latter interests you be sure to make a bee-line for vibrant Quito – the country’s capital and once part of the Inca Empire – which many consider to be the whole continent’s best-preserved colonial centre. Adrenalin and adventure seekers are well catered for too with rafting, kayaking, world-class diving, trekking at every level and exceptionally scenic rock-climbing just a few of the possibilities.

Buddhist dominated Sri Lanka is another of those destinations which tends to get left out. It is not close enough to the South-East Asia country mass to make it simply one more country to tick off during any time spent there while those heading for India tend to just bypass it, writing it off as not backpacker hardcore enough. However, tear-drop shaped Sri Lanka is not just a watered-down and easier alternative to India – it is a rich destination in its own right.

As you might expect from an island surrounded by the waters of the Indian Ocean, the beaches here are tropical paradises while the country’s interior is full of tea plantations and waterfalls. Adventure activity seekers will get their fill from such offerings as diving, surfing, white-water rafting, kite surfing, hot air ballooning and whale and dolphin watching while nature lovers are also well catered for. Nature safaris by jeep are possible in Yala National Park where elephants still roam free and monkeys are just about everywhere you go, including some of the towns and cities.

Culture vultures can explore the ancient ruined kingdoms of the sprawling complex at Anuradhapura or watch the monkeys playing among the crumbling, jungle-surrounded temples and Buddha statues at Polonnaruwa.

For views which stretch for miles in every direction take the 200 metre, vertigo inducing climb to the gardens and palace ruins at the top of  Sigiriya rock, passing ancient rock frescoes as you ascend.

Venezuela has long had a reputation among travellers as an unsafe no-go area and there is no doubt that the political instability of this South American country has made it a more challenging destination than its neighbours.

However, all those who have decided to ignore the mass opinion relate over and again stories of this country’s incredible beauty and diversity and the welcome of its people. In common with bad reps of other countries – war torn destinations aside of course – much gets blown out of proportion. Care is needed in the cities and avoidance of certain places is prudent but such precautions are relevant everywhere.

Travel is possible here and what’s more it is very cheap. Your reward for swimming against the current is going to be huge. Natural beauty runs richly throughout this country which gives up almost half of its landmass to national parks and protected areas. Expect towering Andean mountains, paradise-like Caribbean islands and coast, grasslands and rainforest bursting with colourful and fascinating wildlife and the world’s highest waterfall – Angel Falls.

If wildlife spotting is your thing you are going to be in heaven. Venezuela’s list of native fauna reads like a natural world A-Z and includes such rarities as manatees, river dolphins and jaguars. Take your pick from a range of sites to go animal adventuring including the little visited Amazonas rainforest complete with indigenous communities, the lush lowlands of Los Llanos or the table-top peaks of the Guyana Highlands.

Other highlights include the eerily silent permanent forked lightening spectacle which can be witnessed daily at Lake Maracaibo, exploring one of the labyrinthine cave systems such as that of the Cueva del Guacharo and riding the world’s longest and highest cable car system from Merida. Otherwise you can windsurf, dive, snorkel, hike, go piranha fishing, white water raft, party on the beaches or in the cities, climb giant dunes or choose something else which this fantastic but tourist empty country has to offer.