Ben travelled to Sri Lanka where he took part in a 4 week community work project in the coastal village of Kosgoda.

Like most people planning a gap year, I thought I should spend time doing something worthwhile; something to give back to the world I’d freeloaded off for the last 18 years. After a lot of looking around at a lot of different organisations I found the perfect project – Community Development in tsunami affected areas in Sri Lanka. It mixed all the highlights of world travel (great weather, a new culture to explore, the excitement) with a very worthwhile cause, appealing to both my chronic wanderlust and my idealistic side.

Getting to the Project 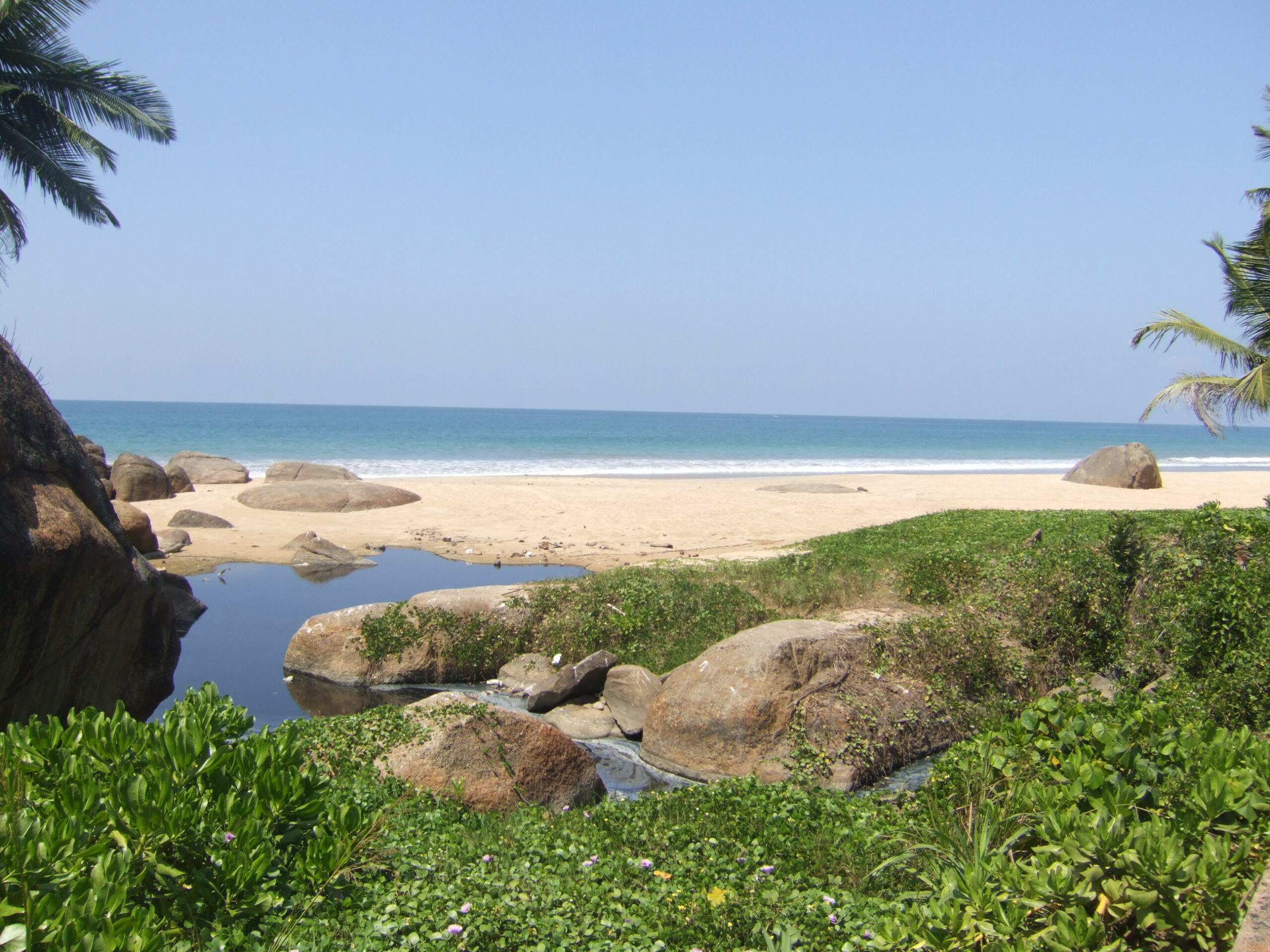 I remember being petrified the day before I left for the project; it was the first time I’d been so far away from home by myself and I had all the usual thoughts about being unable to speak the language, “what if I can’t teach??” – in my head, everything that could possibly go wrong probably would. That all changed as soon as I arrived in Colombo airport though. Despite the fact that Emirates kindly decided to lose my baggage in Dubai (I didn’t get it for about 4 days – building, teaching and sleeping in the same clothes for that time was an interesting experience), the representatives from the company organising the project were really friendly and did a brilliant job of making the other volunteers and I welcome. We spent the first day in a hotel in the capital, carrying out basic orientation – language, cultural considerations, briefings about what would go on when we arrived at the project; everything was explained to make us feel confident about the next few weeks.

Nothing can describe just how incredible the next day was (partly due to the completely surreal transition from a small village in England to a beautiful beach town in Sri Lanka, I’m guessing). A minibus took all the volunteers to Kosgoda, a fishing village on the West Coast of the country, and I was introduced to the area in which I would be living for the next month. We had a look around the community centre where we would be teaching the next day (and the children had a good look at us, giggling at my long hair all the while), explored the turtle sanctuary that we would help maintain, and finally met Dudley – community leader, host of the project and all around awesome guy! I was staying in his house for the first week of the project and he and his family made me feel as if it were my own home; Sri Lankan hospitality is so different from what I’ve come to expect in the UK, and it was incredible that every member of the family accepted all of us so quickly.

The next morning we were up bright and early for a 6am breakfast to get to the building site for 7am. We had to start early because by about eleven the place was so hot that it was physically impossible for us to work. I’ve never drunk so much 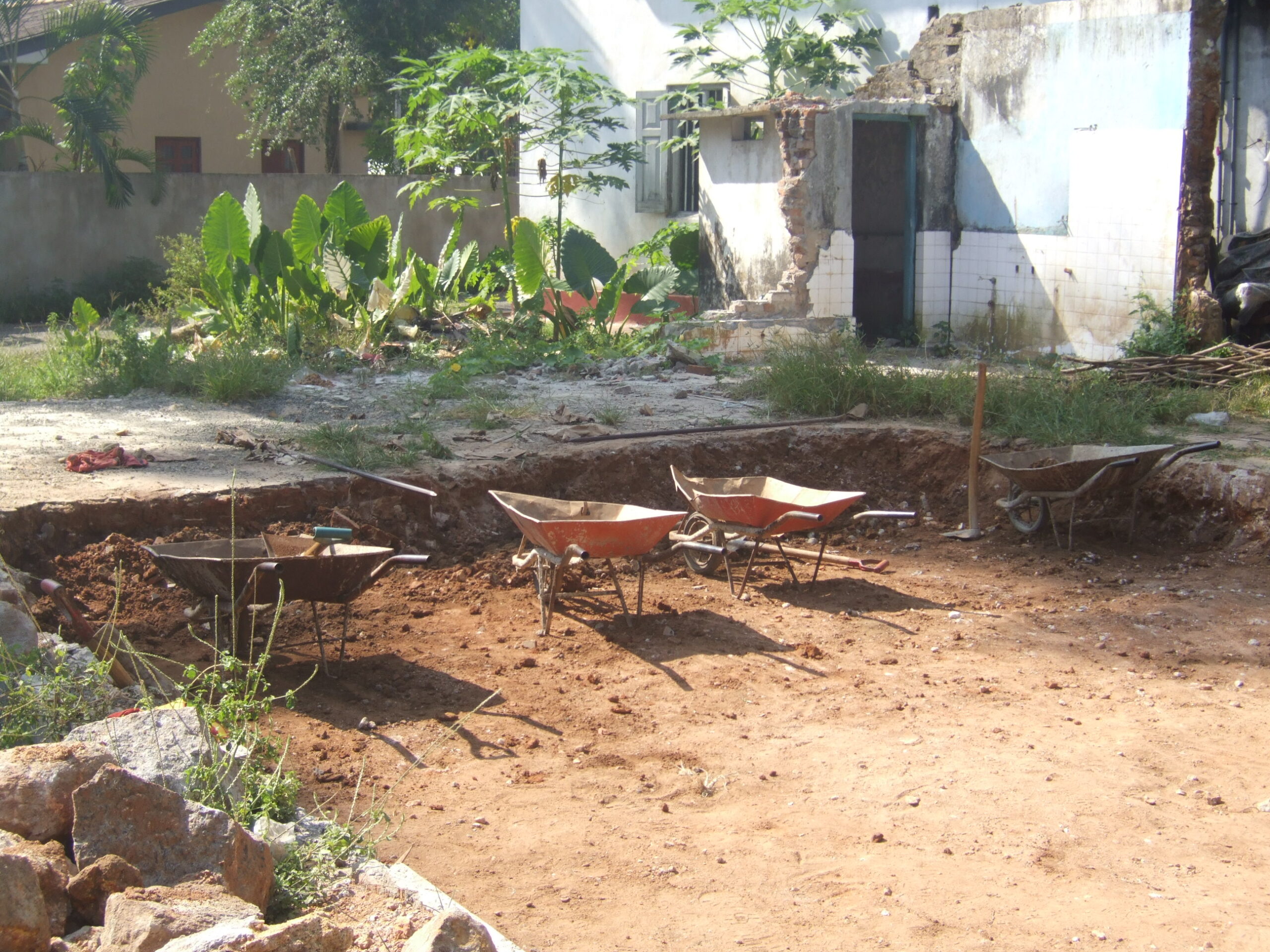 water in my life – and until that point I don’t think I’d done that much exercise in my life! Our job was to break away the foundations of houses that had been wiped out by the tsunami, preparing the area for the Red Cross to start building. As I arrived in January 2007, a lot of work had already been started and finished in the village, though there were still a lot of ruins. The tools were basic – wheelbarrows and shovels, “podgers” (large metal poles we used to break up the concrete) and hoes; not a mechanical object in sight, and a lot of rubble to clear. At times I did wonder what the hell I was doing, usually about halfway through the morning when breakfast-time fullness had faded and the heat was rising, but at the end of each building session there was definitely a sense of smugness in the group as we surveyed how much we had done. By the end of my month there the volunteers had managed to clear the ground entirely to prepare for a new house, and were beginning to help with the construction of another nearby home.

Luckily after all this manual labour we had a 3 hour break to get lunch and prepare for an afternoon of teaching (or, more often than not in my case, nap). The idea of teaching was one that scared me the most before I arrived in Kosgoda, and on my first day I was absolutely petrified. I’d been given a class of around six children of various ages, all of whom were complete beginners in English. Lessons in the first week or so were always a challenge, mainly because I had to try and cater activities to a wide range of ages – there’s only so many flash cards a thirteen year old can take!  My apprehension towards teaching lingered for a couple of days, but by the end of my first week I preferred my afternoons in the classroom to mornings on the building site, and had big plans for my class. I was lucky that I managed to build a good rapport with all the kids I taught, and somehow managed to gain their respect without being too strict (luck on my part, I think). The classes were very tiring – I had to keep a constant energy and couldn’t leave a single second with nothing to do – but the reaction of the children to the activities kept me going. Seeing their progress from not even knowing the alphabet to being able to hold a basic conversation (nothing mind-blowing, but pretty good none the less) gave me a real sense of achievement, on their part as well as mine. I’d say that it was the single best experience of my time in Sri Lanka – so much so that I’m even considering teaching as a job when I graduate (shocking!).

There was also the turtle sanctuary – technically a separate project, but the community was so close in Kosgoda that we helped out as much as we could. Thursday mornings were always tank cleaning day, which involved scrubbing everything down with husks of coconut, pumping new water into the tanks from the sea, and cleaning the turtles with toothbrushes (they seemed to enjoy it).  There was also, on a few occasions, the chance to release baby turtles at dusk – the sanctuary had a small hatchery attached that Dudley filled with eggs bought from fishermen who would have otherwise sold them on the black market. Considering I didn’t have a clue I would have a chance to get so close to these beautiful creatures, it was a huge bonus that I could get so involved with the sanctuary! 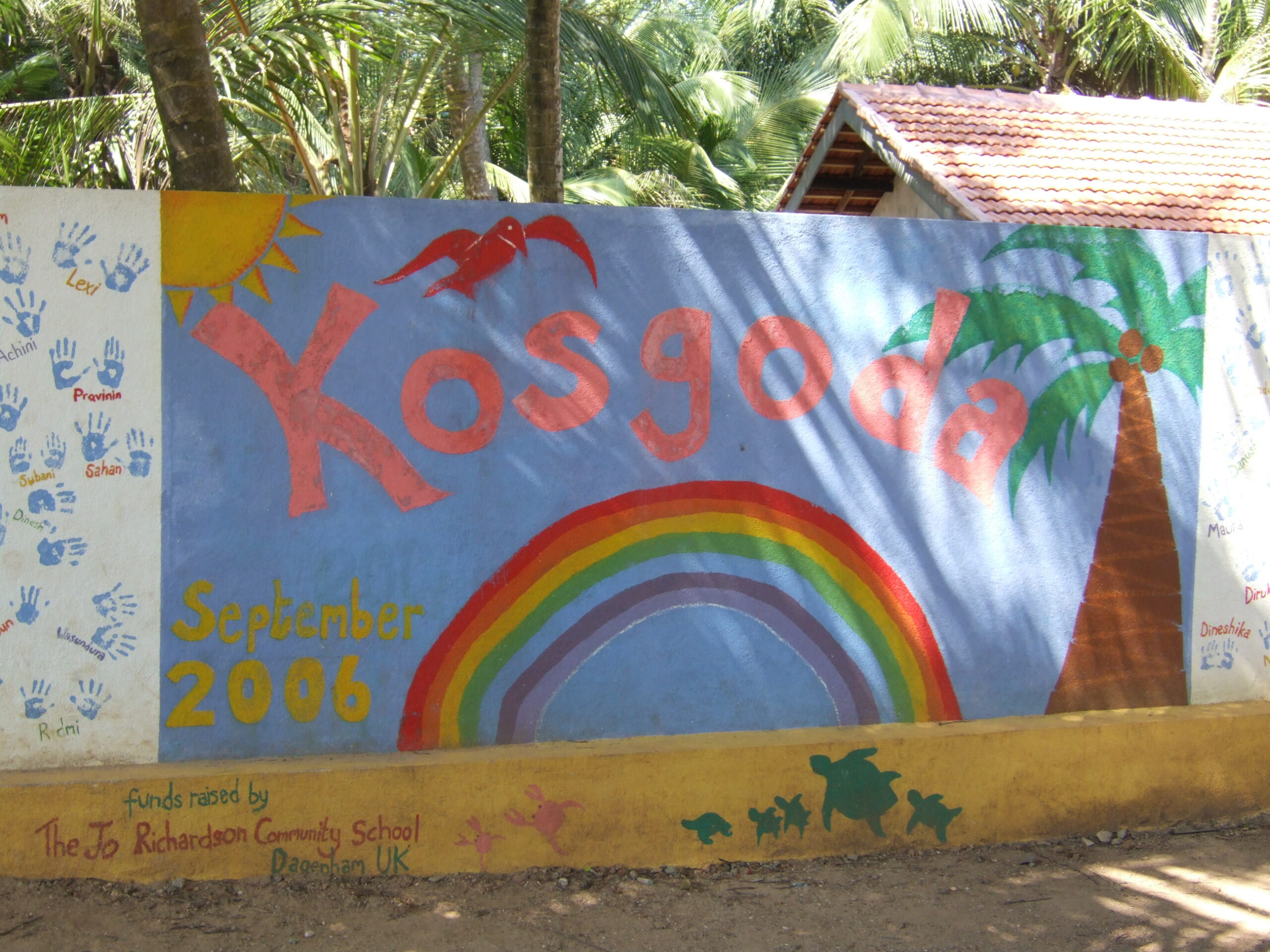 Of course, this so far sounds like the typical gap-year story – nostalgia based on sunny beaches and flawless people. My time in Sri Lanka was phenomenal, but it wasn’t without its downsides. A few volunteers had bad experience with attempted muggings and thefts from hotels – no one was hurt, luckily, but it did manage to shatter the little bubble we had all been living in. No matter where you are, it pays to remember that you are still vulnerable; probably more so in a country where your skin and general demeanour stand out so much.

There were also times when it felt that we were only doing things because that’s what the gap year company sent us to do; I still remember passing through the beach town of Hikkaduwa and seeing just how devastated some of the outskirts were – it made the work in Kosgoda seem insignificant in comparison. Part of this was my own unrealistic expectations; although before I went a month seemed like eternity, it is a tiny amount of time and there is only so much that you can achieve. There is also something to be said about volunteering with a “meaningful travel” company – although it provides a lot of security and you can be confident about being looked after on your project, it’s also important to remember that these kinds of companies are out to make a profit, and a lot of work they do can at times seem to be trivial; more focused on giving Westerners what they want than what the local community needs.

Overall though I loved my time in Sri Lanka, and wish I’d taken the opportunity to stay for longer. I made a lot of brilliant friends (some of who are coincidentally living in my Halls at university this year!), have memories that will last forever, and (more importantly I think) I’ve developed a keen sense of autonomy and a desire to carry on doing community work in any capacity I can. For convincing me to commit myself to more charity work, I’d say this was the most worthwhile trip I’ve ever taken.

RachelRachel worked for the Gap Year Travel Store for 9 years as one of our buying team and so has a wide knowledge of travel gear. She has travelled in Europe and Southeast Asia, but her dream destination would be South America to experience Carnival in Rio, unleash her inner Attenborough in the Galapagos and sip on Colombian coffee in colonial Cartagena.
Posted in:
Volunteering
Previous article
Backpacking Through the Middle East
Next article
The Travel Towel, the Unsung Hero of the Travel World!