The reasons why we travel are as individual as we are but typically there are certain common denominators for all of us. We want to experience the exciting, the exotic, the brand new and to have the kind of adventures we would never be able to have if we stayed home. Little wonder then that the dream of riding an elephant features as an essential inclusion on many traveller’s wish list. These massive 2.75 metre tall creatures which are able to fell trees with a shove of their trunk hold a fascination for many of us.

However, should you stop for even just one second and wonder why a beast as majestic – and in the wild as fierce-some – as an elephant will let you ride on its back with the docility of a mouse you might start to get some less than comfortable answers. The ugly truth is both shocking and tragic; the process by which an elephant is trained to accept whatever its owner does to it and does whatever it is told is arrived at via a training process which literally breaks – and is intended to break – the animal’s spirit. When you know what an elephant has endured for many years to give you that fun ride through the jungle for a couple of hours it might lose the best part of its appeal.

What is Elephant Tourism?

Although elephant back rides make up the greater part of elephant tourism there are several other ways in which elephants are used to entertain visitors to certain Asian countries which include Thailand, India and Myanmar. Elephant tourism basically refers to anything for which tourists pay money in order to have an elephant experience in which the creatures in question are participating or performing only because they have been forced to. This includes circuses, staged spectaculars, feeding elephants in zoos and tricks and stunt shows. Such things can be found all over Asia but at their most numerous in Thailand.

As the developed world in general has gradually started waking up to environmental and animal welfare issues more and more tourists have started to voice concerns regarding certain animal experiences. As a result, many such outfits go to great lengths to assure their customers of how well cared for the animals under their ‘protection’ are. They will use various methods to demonstrate how close the bond is between mahout (elephant trainer/handler) and elephant. Whole pages of animal experience business websites are dedicated to reassuring would-be customers of their ethical practices and enormous efforts to ensure the animals under their care are given all they need.

Although there may be outfits that do indeed care for their animals with some degree of responsibility and sensitivity the bottom line is it is impossible to meet the needs of an elephant in captivity and besides the whole truth is far harder to digest. Without exception what you won’t be told is how their elephant was trained to arrive at being the docile and compliant animal you see today.

The Harsh Reality of the Elephant Training Process

Adult elephants are far harder to train or otherwise beat into submission than a baby elephant. These infants are therefore in high demand and in order to acquire the elephants needed to keep the tourists happy with rides and shows an illegal poaching trade exists, often originating in Myanmar. Although the number of captive elephants in Thailand is hard to pinpoint – different sources cite between 2,000 and 4000 animals – what is known is that the vast majority of these were captured from the wild and papers falsified to allow ownership.

Elephants are fiercely protective of their young and in order to capture a baby elephant it is usually necessary to kill other adult elephants around it. Ripping any baby animal from its mother is likely to cause severe stress at best and at worst psychological damage however in the case of elephants it is believed this is especially barbaric. Conservation studies have shown that the bond between mother and baby elephant is one of – if not the – closest known in the animal kingdom. Female calves remain with their mothers their entire lives while male offspring stay with their mother until they reach puberty, at around 12 years of age. As traumatic as this entire act of tearing a baby away from its mother is, for the baby elephant this is just the start of a period of brutality and profound torture.

The entire process of taking a wild elephant and getting it ready for its submissive life of bending to human will is so established it has its very own word – phajaan or ‘the crush’. This refers to the act of divorcing the spirit from the body – the crushing of the spirit. This involves placing the baby elephant in a closely confining cage and tied with ropes to ensure all movement is totally restricted, including kicking or swinging of the head. Different sources and investigations report a variety of methods used from thereon in to ensure the crush is complete. These include sharp implements such as bull-hooks, nails and sticks used to pierce the more tender places such as the inner ear or the feet and the beating with chains or clubs. Other methods employed include sleep-deprivation and subjecting the animal to hunger and thirst. 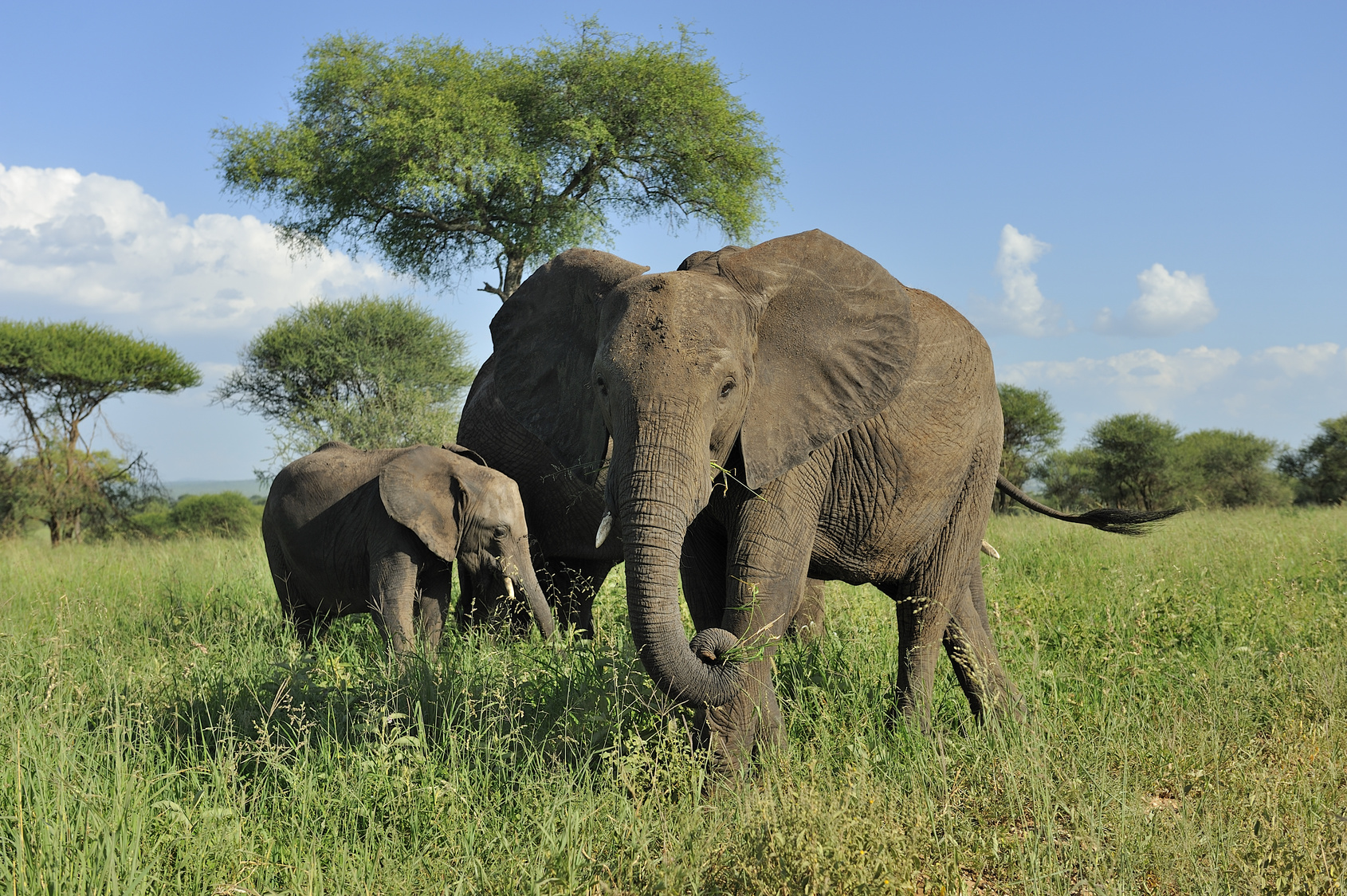 Although each individual animal has endured the agonies of being orphaned, separated from its mother, confined, beaten and broken, once the crush is complete for many elephants the misery doesn’t end there but is a life-long thing. Some elephants are kept constantly chained or with their feet hobbled while the use of bull-hooks continues to serve as constant reminders of who is boss. Ill-fitting saddles and constant exposure to tropical heat without any way to cool down or protect the skin naturally with mud as they would do in the wild exposes the elephant to outbreaks of sores and skin problems which in many cases fester and eventually become highly painful abscesses.

And every so often tragedy strikes when an elephant subjected to years of mistreatment eventually explodes with aggression, anger and frustration. On Koh Samui in 2016 a Scottish man in his 30s died after he was thrown and then gored by the elephant he was riding.

If you really need any more convincing there are a handful of videos and documentaries out there – many filmed by undercover investigators – which show the truth in gritty and heart-wrenching detail. One such is a documentary entitled ‘An Elephant Never Forgets’. Be warned – these are not easy watching. One of the most haunting images you are likely to see is an award-winning photograph taken by Brent Lewin which shows a baby elephant being beaten into submission during the crush process.

By far the most rewarding animal experience for anyone should be observing a creature in its natural habitat roaming free and living out its life as nature intended. However, there are also other possibilities for anyone who still wants a close encounter with an elephant – usually in the form of sanctuaries which have dedicated their time to rescuing abused and captive elephants and making every effort to ensure the remainder of their lives is as happy and natural as possible.

There will no doubt come a time when the unethical catch on to the fact that including ‘sanctuary’ or ‘rescue’ in the title of a place assures more conscientious tourists that a set-up is cruelty free so ALWAYS do your research before visiting or giving your money to any elephant-related project or experience. 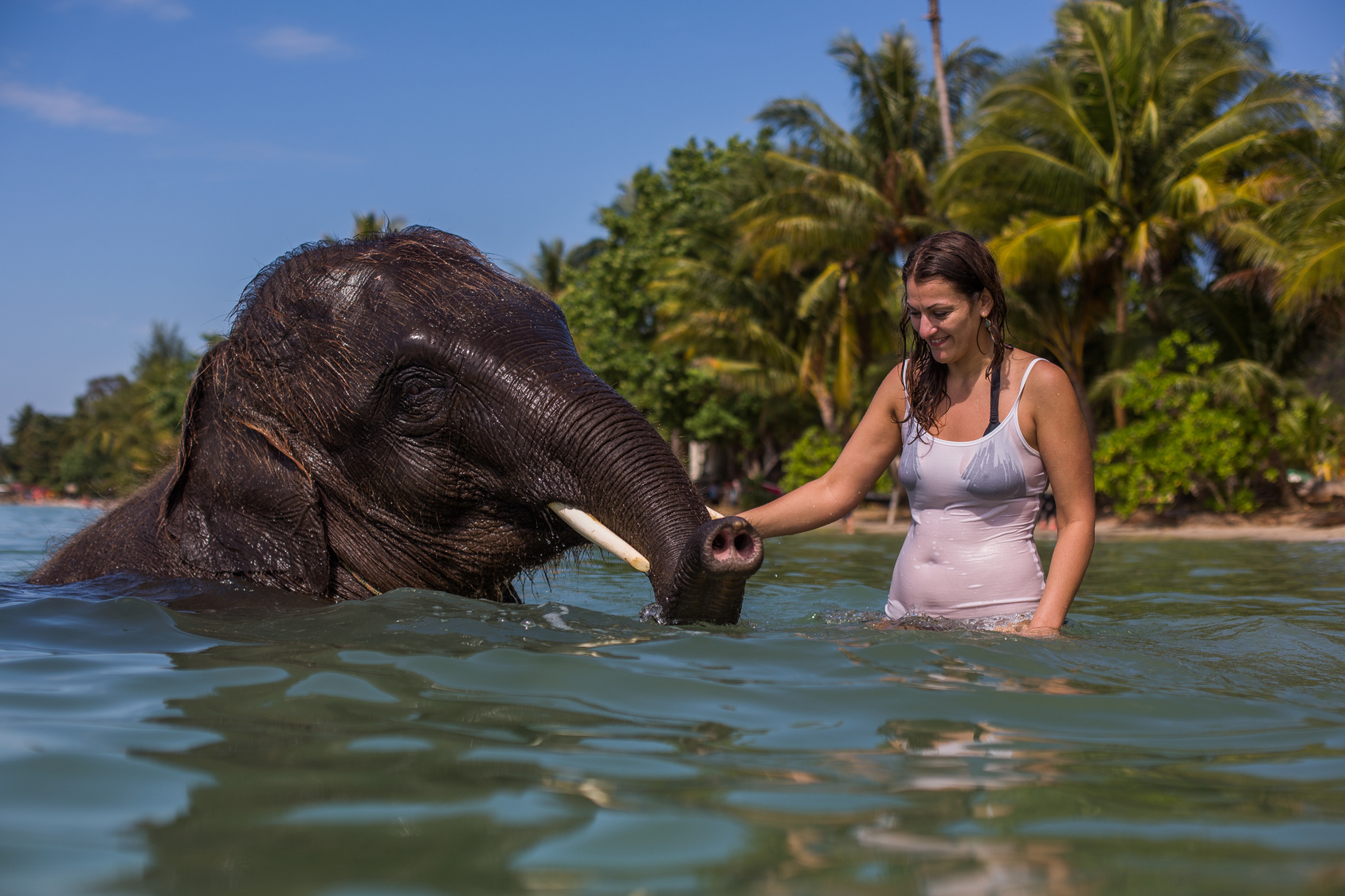 Some excellent establishments include Boon Lott’s Elephant Sanctuary near Sukhothai which offers tourists the chance for residential elephant experiences of the ethical kind. One set-up which green-minded visitors rave about is the Elephant Nature Park located about 40 miles from Chiang Mai in northern Thailand. Each of this project’s 35 or so elephants has been rescued from years of suffering in the tourist or logging industries and given a new free-roaming home on 250 acres of habitat at this wonderful sanctuary and rehabilitation centre.

Caring for a herd of adult elephants doesn’t come cheaply however and what better way to finance the elephants’ continued well-being and comparative freedom than by giving elephant-lovers the opportunity to spend some time among these majestic creatures. There are no elephant rides or performances here – the park’s whole ethos is centred around protection and not just for its elephants but also for its rescued cats, dogs and buffalo.

The animal passionate with a conscience can choose from spending anything from a few hours to a week here and during that period you will have the privilege of passing some meaningful time with elephants and taking part in anything from feeding to bathing in the river together. You do of course have to pay for such an experience but knowing that your money is ploughed back into elephant protection and conservation and in time will allow the rescue of even more animals should make you feel good about it.